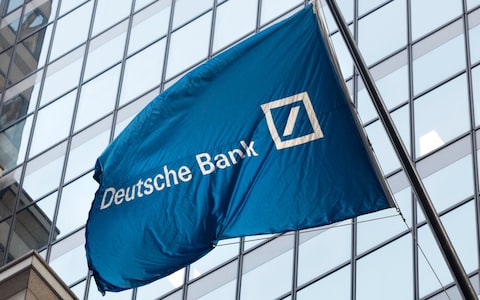 Deutsche Bank is weighing up plans to slash up to 20,000 roles after vowing to make “tough cutbacks” at its shareholder meeting last month.

Sources told the Wall Street Journal on Friday that the German bank, which has more than 90,000 staff and is one of the City’s biggest employers, is debating whether to cut between 15,000 and 20,000 jobs worldwide.

The cuts, if they go ahead, will come as a blow to staff who only recently breathed a sigh of relief when the bank walked away from merger talks with German rival Commerzbank, a tie-up which unions said would have resulted in up to 30,000 job cuts.

The pair were forced to explore a deal in an attempt to boost their fortunes, but Deutsche chief…